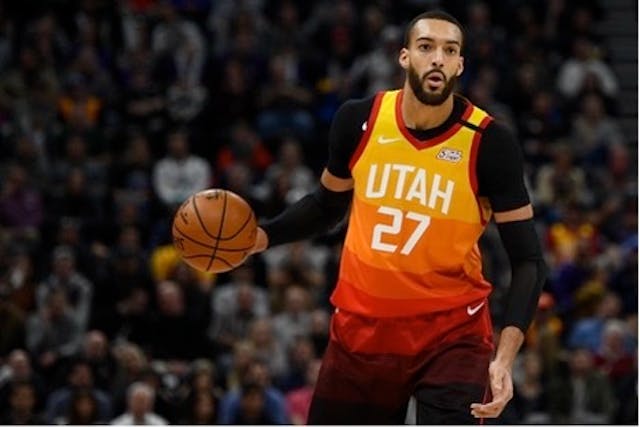 I wish I would have [taken] this thing more seriously, and I hope everyone else is gonna do so, because we can do it together. Take care and stay safe.

—Rudy Gobert (pronounced GOH-BEAR), the first pro athlete in North America to test positive for COVID-19 after not taking it very seriously. Hindsight is 20/20 (sorry, we had to!).

COVID-19 didn’t blindside us. Despite what some world leaders were saying in early 2020, there was mounting evidence that the virus was on its way to North America, and it was coming big time.

By early March, the virus began to affect the North American sports world. On March 6th, the NBA sent a league-wide memo to prepare teams for the possibility of playing without fans in response to the coronavirus outbreak.

On March 9th, the NBA, WNBA, NHL, MLB and MLS released a rare, joint statement to announce they would be limiting media access, restricting entry to locker rooms and asking reporters to maintain a “safe distance” from players.

The BNP Paribas Open tennis tournament in Indian Wells, California was cancelled on March 8th, prior to the World Health Organization (WHO) officially declaring COVID-19 a global pandemic on March 11th. In response, the NCAA announced that March Madness would be played without fans and the World Figure Skating Championships in Montreal were called off.

And then sh!t got crazy. Ahead of their March 11th game against Oklahoma City Thunder, the Jazz announced that the aforementioned Gobert wouldn’t play due to illness. Minutes before tipoff, with an arena full of fans, Gobert’s COVID-19 test came back positive, and the game was halted.

The next day, aka one year ago today, the NHL followed suit and put their season on hold “to resume play as soon as it [was] appropriate and prudent,” while the MLS chose to suspend its season for at least a month (cute), and the MLB paused spring training.

In short order and around the world, everything from soccer matches to auto races, curling championships to marathons, were all canceled or postponed, so much so that the BBC kept a very long running list. The Olympics were the most impactful, with the IOC announcing on March 24th that the 2020 Tokyo Games would be moved to 2021.

COVID-19 took a toll on many athletes. Minnesota Timberwolves star Karl-Anthony Towns lost his mother and six other family members to the virus, while Boston Red Sox pitcher Eduardo Rodriguez was diagnosed with heart inflammation as a result of his COVID-19 battle.

There were also significant financial losses. By postponing the Olympics, Japan lost an estimated $2.8 billion, and the NBA estimated a loss of around $1.5 billion in revenue.

As Mr. Rogers once said, “When I was a boy and I would see scary things in the news, my mother would say to me, 'Look for the helpers. You will always find people who are helping.'” And there were plenty of athlete helpers.

It’s impossible for us to list all of the athletes, coaches, team owners and executives who contributed time, money and resources in those early days, but we couldn’t be more proud of how the sports world rallied around COVID-19 relief.

Eventually, sports came back. The “bubble” was born. The NWSL set the stage with the Challenge Cup. NBA and NHL playoffs resumed. The WNBA and MLB played condensed seasons. The NFL powered on. But athletes were still faced with the tough decision: to play or not to play?

Looking forward, the question still remains when things will get back to “normal.” While some teams and leagues have welcomed back a limited number of fans to the stands, others are giving a hard “no.” 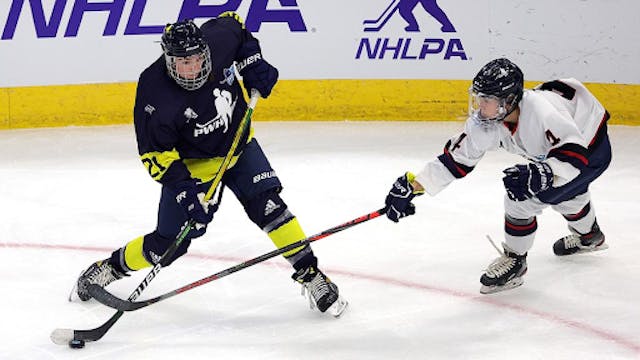 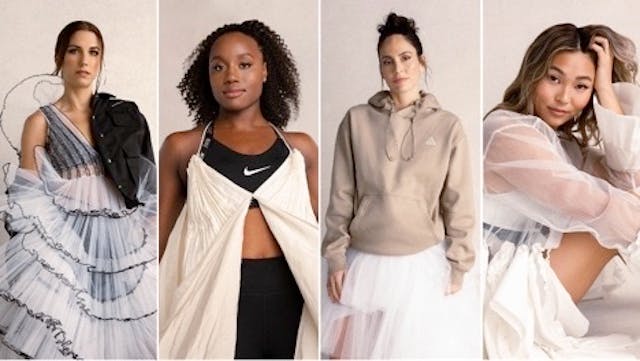 Source: Raven B. Varona for Togethxr 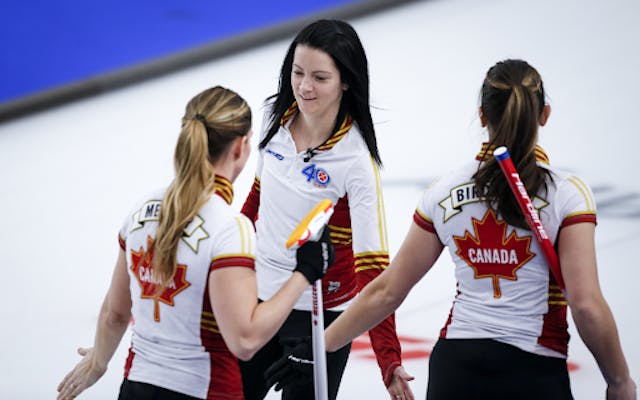 🏒PWHPA: Team New Hampshire beat Team Minnesota in the first-ever pro women’s game at Madison Square Garden. But really, didn’t we all win? Check out the highlights and then mark your calendar for the next one: this weekend in Chicago.

🏒NHL: The highly anticipated showdown between Toronto Maple Leaf Auston Matthews and Edmonton Oiler Connor McDavid started on Saturday and...Matthews sat out with a wrist injury (though the Leafs still won 4–0). Fingers crossed he’ll be back in the line-up for tonight’s rematch at 10 p.m. ET.

🎿Ski cross: The ski cross World Cup wrapped up in Georgia (the country) over the weekend, where Canadians Courtney Hoffos and Chris Del Bosco won silver in the inaugural mixed team event, while Jared Schmidt won bronze and Reece Howden clinched the men’s overall title. Is it Beijing yet?

🏀NBA: Okay, so the Toronto Raptors don’t compete on ice, but they did get iced yesterday when their game against the Chicago Bulls was postponed. Thanks to COVID-19 protocols, the Raps didn’t have enough players to fill an eight-man roster, so they’ll try again at a later date. 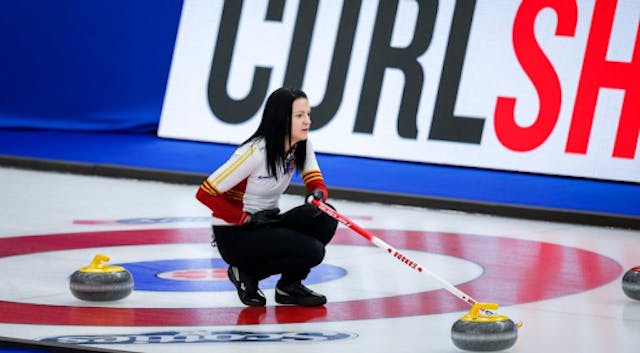 🥌Curling: It’s almost playoff time at the Scotties Tournament of Hearts. Today is the last day of round robin play, and reigning champion skip Kerri Einarson and her Team Canada have one last obstacle ahead of an undefeated record: three-time Scotties champ Rachel Homan and Team Ontario. Follow all the “hurry hard!” action here.

🏒Hockey: It’s going to be a big weekend for the PWHPA. Saturday marks the start of the 2021 Dream Gap Tour, with a primetime game between Team New Hampshire and Team Minnesota in New Jersey before Sunday’s megashow: the first-ever pro women’s hockey game at Madison Square Garden in NYC.

⚽️Soccer: Oh no, Canada. With an unfortunate 2–0 loss to Brazil yesterday, Team Canada ended the SheBelieves Cup on a low note. Although two losses and one win wasn’t the strongest showing, how nice was it to see this team out on the pitch again? They’ll be back in action in a friendly against England on April 13th.