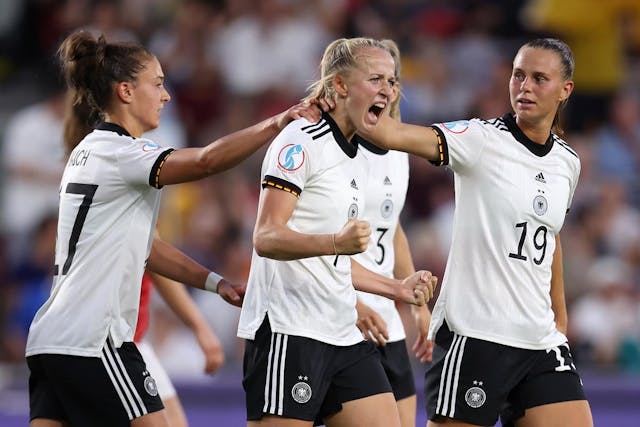 The GIST: The summer of women’s international soccer has officially kicked off, with audiences and brands turning up in big ways. One group not keeping pace? Governing bodies. A series of continental championships are exposing certain soccer organizations’ continuing failure to pay women and men equally.

The European Championship: Unlike its continental counterparts, the German Football Association (DFB) is dragging its feet on closing the pay gap. Though it agreed to increase Women’s Euro performance bonuses for the eight-time champs to $61K per player in June, the figure is dwarfed by the $407K the DFB allocates to the men for the same feat.

The Copa América Femenina: The South American championship began Friday with increased global coverage, but resources and pay have not kept up with the sport’s growth. Host Colombia is taking the field amidst a pay dispute with the Colombian Football Federation, and players are protesting before each game. We’ve seen this movie before.

Zooming out: Inaction from the German and Colombian federations proves neither learned the lesson from U.S. Soccer’s (finally resolved) equal pay quarrel — that gender pay gaps are just as unpopular with fans as they are with brands.