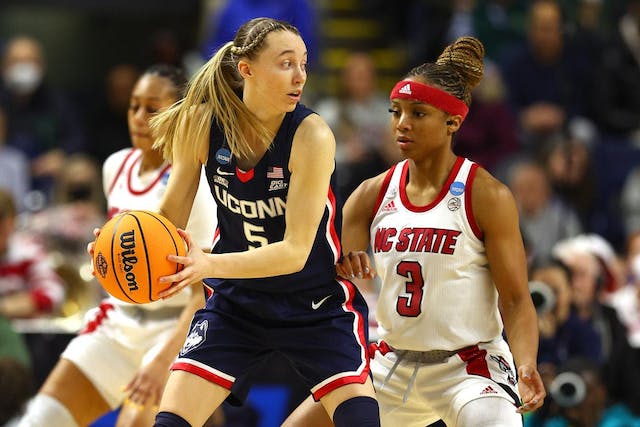 The GIST: Women’s basketball (WBB) players reign supreme in the name, image and likeness (NIL) game. Of all athletes competing in the Final Four, women make up four of the top five in NIL value. They work hard for the money.

Zooming out: WBB is second only to football in earned NIL compensation, thanks in part to a crucial tool — social media. Female ballers have successfully converted their content creation talents into value endorsements, particularly on women-dominated platforms Instagram and TikTok.