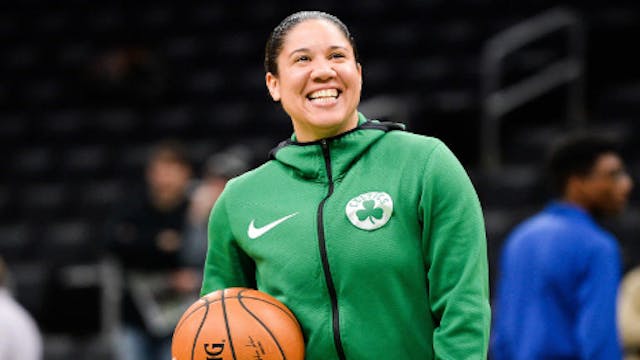 NHL: It’s officially official: the NHL’s restart will take place in Canada starting on August 1st, with the Eastern Conference playing in Toronto and the Western Conference in Edmonton. Now we just need to know which players are in and which are out.

Golf: The first LPGA major of the season is a go! The AIG Women’s British Open is scheduled for August 20–23rd, albeit without fans, at the Royal Troon Golf Club in Scotland. Heid doon arse up!

Basketball: One of college basketball’s highest-profile teams has a new coach. After Joanne McCallie announced that she would not be returning to coach Duke University's women’s basketball team next season, the Blue Devils hired Kara Lawson, who’s currently an assistant coach for the NBA’s Boston Celtics, as her replacement.

Gymnastics: Unfortunately, two very disturbing stories came out from the world of gymnastics this week. After the release of Athlete A, a Netflix documentary that highlights the USA Gymnastics (USAG) sex abuse scandal involving Larry Nassar, gymnasts in the UK have begun speaking out on the abuse they’ve encountered across the pond.