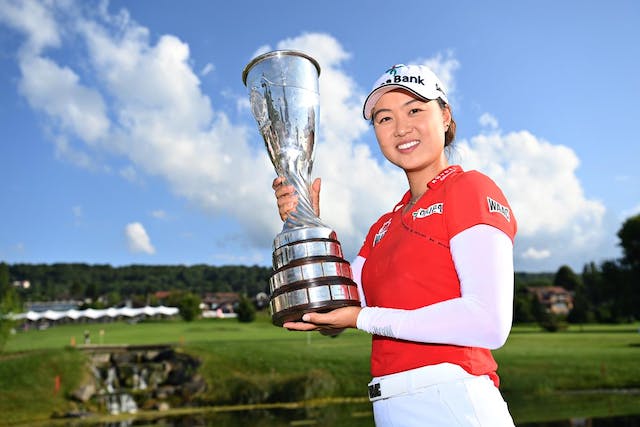 The GIST: LPGA golfers are about to get paid. Adding to the cash influx flowing into women’s golf, the (recently renamed) Amundi Evian Championship — one of five LPGA majors — announced Tuesday it is increasing the July tourney’s purse.

The context: Overall 2022 tour prize money stands at $90 million, up from $67 million in 2019. High-level sponsors have been stepping up — most recently, health care company ProMedica pitched in a $4.5 million increase to June’s U.S. Women’s Open prize pool, topping out the purse at a cool $10 million.

The details: The major’s kitty is increasing by a formidable $2 million, bringing the overall prize money to $6.5 million. The champion’s share will be $1 million, up from the $675K Minjee Lee took home after winning last year’s edition.

Zooming out: Brands like Amundi and accounting firm KPMG, the title sponsor of the Women’s PGA Championship, are reflective of the Tour’s usual partners, in that they target high-net-worth individuals. Per sponsorship intelligence platform SponsorPulse,* 39% of those who engage with the LPGA earn over $100K a year.