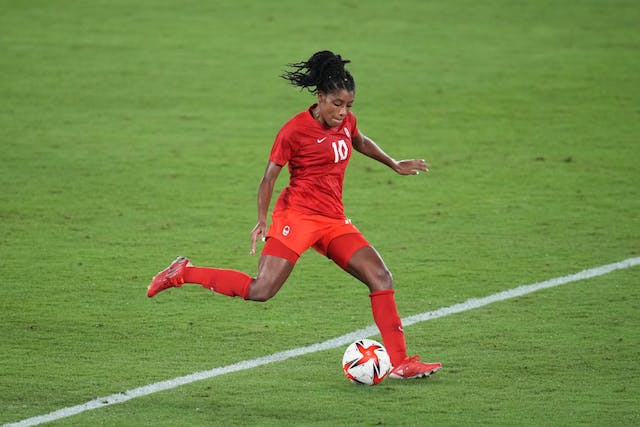 ⚽️Soccer: It’s almost November, but the celebrations from Canadian girl summer are still rolling on. CanWNT’s Ashley Lawrence is one of five finalists for the 2021 BBC Women’s Footballer of the Year Award.

🏈Thursday Night Football: Stop us if you heard this one before, but quarterback (QB) Aaron Rodgers led his Green Bay Packers to a huge win in last night’s TNF matchup against the Arizona Cardinals, ending Arizona’s undefeated season.

⚾️Blue Jays: Even though they’re not in the World Series, the Jays are still giving us something to celebrate. Three players — second baseman Marcus Semien, left fielder Lourdes Gurriel Jr. and pitcher José Berríos — are finalists for Gold Glove Awards, which go to the best defensive player at each position in each league. Talk about golden hour.