Don't stop 'til you get enough

As protests in North America and around the world continue into a third week, athletes continue to highlight the need for change within the sports world while also continuing to support, donate and protest in the name of social justice. 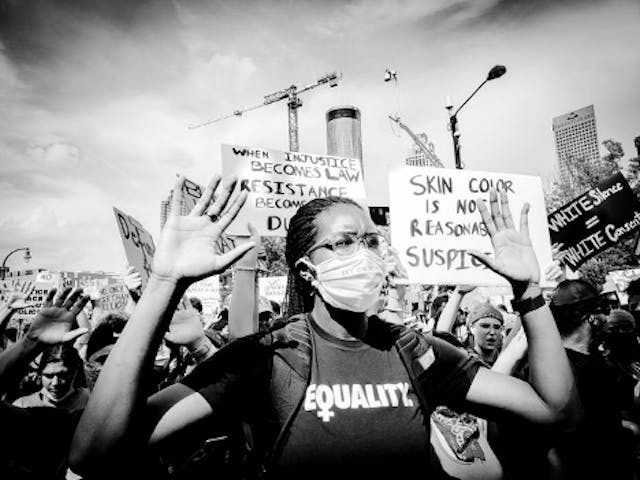 The GIST: As protests in North America and around the world continue into a third week, athletes continue to highlight the need for change within the sports world while also continuing to support, donate and protest in the name of social justice.

How are they supporting?: Many of this weekend’s protests across the US were attended by sports figures, including 16-year-old tennis star Coco Gauff, Atlanta Dream Elizabeth Williams, Houston Rocket Russell Westbrook and San Antonio Spur DeMar DeRozan, and New York Jet Jamal Adams.

Awesome. Tell me more: Athletes and sports companies continue to put their money where the movement is. And nobody did it better than NBA legend Michael Jordan and his Jordan Brand, who pledged a whopping $100 million (!!!) over the next decade to organizations dedicated to ensuring racial equality, social justice and greater access to education. Jordan also donated his earnings from ESPN’s docuseries The Last Dance to charitable causes. He really is the GOAT.

I heard something about an NFL apology?: Following a powerful video created by several Black NFLers, the NFL responded with a video of their own that featured commissioner Roger Goodell admitting that the league was wrong to have previously ignored its players (i.e., Colin Kaepernick and the #TakeAKnee movement) and encouraging protests to resume. Goodell also said he would take part in necessary change and would be reaching out to players who have spoken out.