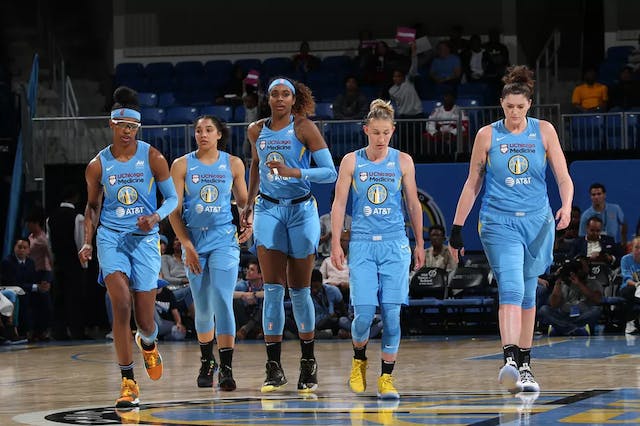 WNBA: Even though we’re just two weeks into the regular season, we already have strong postseason favorites: the Chicago Sky, Minnesota Lynx and Seattle Storm, who are leading the league with identical 4-1 records. Things aren’t so peachy for the New York Liberty and Connecticut Sun, though, who are both winless through five games apiece.

NBA: The Los Angeles Lakers have secured the West. As the heavy favorites to win the NBA Championship, the Lakers clinched the top seed in the Western Conference (the Milwaukee Bucks are in the top spot in the East but have not officially clinched it...yet) in their third of eight seeding games on Monday. Just bring on the playoffs already!

NHL: The Carolina Hurricanes became the first team to advance through the qualifiers this week, sweeping their series against the New York Rangers. The Hurricanes, obviously fueled by this adorable montage of messages from their families, are the only undefeated team in the qualifying round.

MLB: The Miami Marlins are back in action and completely unrecognizable. After 18 players tested positive for COVID-19 and six games were postponed, over half of the team’s 30-man roster needed to be replaced before the Marlins could resume play. With fresh faces (including an Olympic speedskater), the Marlins have gone 3-0 against the Baltimore Orioles.