IT’S MASTERS WEEK! So to celebrate, we have an extra-special newsletter for you to get up to speed on the good, the bad and the ugly of the biggest week in men’s golf. Golf fan or not, you’ll want to stay tuned for this. 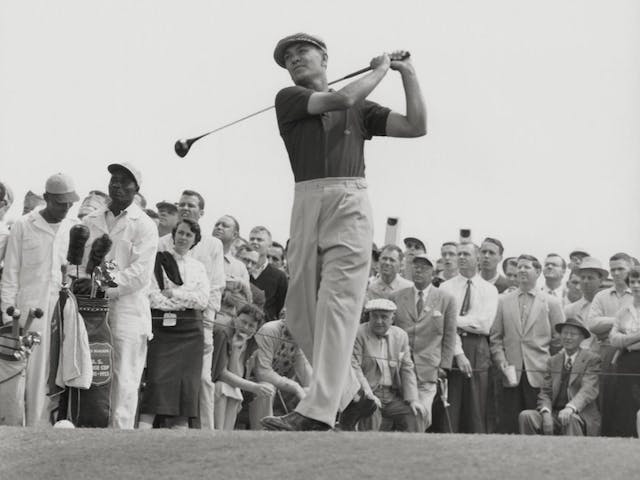 “If the Masters offered no money at all, I would be here trying just as hard.”

⛳️ How it works

The Masters Tournament is the first of four majors in men’s golf, and is held annually during the first full week of April (with the exception of last year when it was held in November because, well, 2020).

There are 19 ways players qualify for the Masters, including winning other majors, being a previous Masters champ, winning Olympic gold and qualifying for the season-ending Tour Championship. This year, 88 golfers are expected to participate.

The Masters maintains some of the most steadfast traditions of any global sporting event. For example, Augusta National is so committed to keeping things status quo that they haven’t changed concession menu items or prices in ages: an egg salad or pimento cheese sandwich will still only set you back $1.50. ’Bout it.

The green jacket, awarded to the tournament champ (alongside a $2-million check), is a Masters icon. The winner also walks away with a lifetime invitation to play in the event and an honorary membership at the super-exclusive club.

Wednesday’s Par-3 contest typically happens before the tournament kicks off, with players participating on Augusta’s nine-hole course with kids as caddies, but the fun round was canceled yet again due to COVID-19.

Considering the Masters were created by an amateur, the legendary Bobby Jones, the tournament continues to highlight amateur golf. Typically five amateurs are invited to lodge at the course’s Crow’s Nest while competing at the Masters, and the lowest scoring amateur is awarded the Silver Cup.

Because Masters winners are invited to play in every future Masters tournament, nearly every living past champion will tee off tomorrow. And while it might just be “a good walk spoiled” for some older players like Lyle or Larry Mize who both won in the ’80s, others, like 63-year-old Bernhard Langer, could actually be in contention to win again.

One notable omission from this year’s field is Tiger Woods, who last won in 2019. Though the five-time champ had big plans to return to Augusta after back surgery in December, he’s still recovering from injuries sustained in February’s car accident. We’ll miss him.

The green jacket has proven elusive for some of golf’s greats. Brooks Koepka (pronounced KEPKA) has won both the U.S. Open and PGA Championship twice, but has only ever come in second at the Masters. Despite having knee surgery just three weeks ago, Koepka feels confident this could be his year.

Watch out for the new kids on the block, though. The 2019 low amateur Silver Cup winner Viktor Hovland, last year’s runner-up Cameron Smith and new dad Jon Rahm (who said he’d pull out of the tournament immediately if his wife went into labor) are all PGA Tour winners who have solid chances at becoming major winners this weekend.

Only one Canadian has ever won the Masters: Mike Weir in 2003. And his win spurred a golf boom. Kids across Canada took up the sport in droves and that catalyst is finally paying off.

😒 The good, the bad and the ugly

The history of the Masters is steeped in racism, sexism and classism. We actually covered some of Augusta National’s major issues in today’s episode of our podcast: The GIST of It.Organizers of the Masters plan to use this year’s event to address the tournament’s racist history and make some important first steps for reconciliation.

But in light of recent legislative changes to voting rights and processes — reminiscent of Jim Crow era voting laws — in the state of Georgia, the Masters are once again in the hot seat.

The PGA Tour has remained silent so far, and TBH, we don’t see the Masters going anywhere but Georgia. And like politician and voting rights activist Stacey Abrams says, boycotts will only do harm. Instead, we hope the world’s biggest golfers use the sport’s biggest platform to call for change.

The Masters officially starts tomorrow morning and coverage on CTV in Canada and CBS and ESPN in the US begins at 3 p.m. ET. TSN will also have bonus coverage starting at 11 a.m. ET. Check out all the tee times and groupings here, and follow the full leaderboard here. Get your cushions fluffled.