The GIST: While we’re on the topic of absolute domination, let’s swing over to the NHL’s North Division so we can fangirl over Auston Matthews and Connor McDavid for a minute. 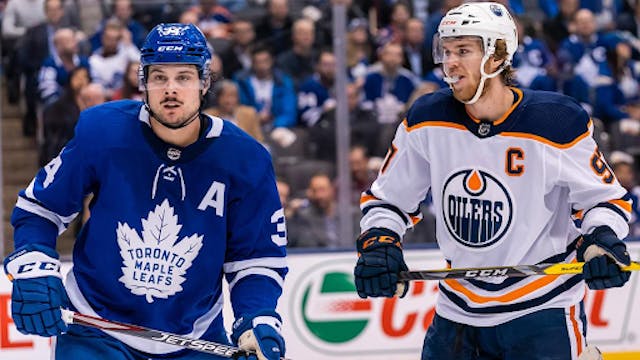 Matthews: The Toronto Maple Leaf is en fuego. He leads the league in goals with 18, is on a 16-game points streak (one point for each goal and assist) and recently recorded back-to-back four-point games.

McDavid: Speaking of the Oilers, they’ve relied on their star player to lead them to a three-game winning streak of their own. McDavid leads the league in points at 37 (25 of those being assists, such a giver), over 20 games for a 1.85 point per game average.

Head-to-head: We’re in for a real treat. After the Leafs complete a two-game homestand against the struggling Calgary Flames this week, they’ll travel to Edmonton for a three-game stint against the Oilers, starting Saturday night. Matthews versus McDavid on Hockey Night In Canada. How did we get so lucky?