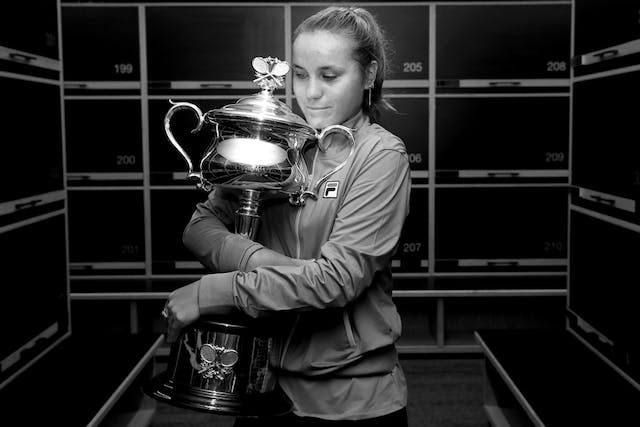 Australian Open: The Super Bowl wasn’t the only championship match played this weekend. The Australian Open, the first Grand Slam event of the tennis season (the others being the French Open, Wimbledon and the US Open), officially came to a close with two monster matches. In the women’s final on Saturday, 21-year-old American Sofia Kenin beat Spaniard Garbiñe Muguruza to win her first-ever Grand Slam title. And get this: it was also the first time Kenin had ever played in a Grand Slam final! From what we saw, it definitely won’t be her last.

Soccer: Our Canadian women continue to LIGHT. IT. UP in the CONCACAF Women’s Olympic Qualifying tournament. Team Canada put on another showcase this weekend, beating Jamaica 9–0 in the second of three group-stage matches. Jordyn Huitema (pronounced HEIGHT-AH-MAH), the teenage phenom from BC, scored five goals (like, how?!) and Janine Beckie recorded a hat trick.

Rugby: Apparently team sports are, like, our thing? On top of soccer, Canada had a wild weekend at the women’s HSBC World Rugby Sevens Series tournament in Sydney, winning their third silver medal of the season. Team Canada has medalled in four of the five events this season, putting them in third place in the standings with just three events left. Oozing with pride!!

Basketball: The Toronto Raptors have straight up forgotten how to lose. With the help of NBA All-Stars Pascal Siakam, Kyle Lowry and head coach Nick Nurse, the boys from the #6ix won their 11th straight game yesterday, defeating the Chicago Bulls 129–102 and tying the franchise record for longest win streak. About that 2020 energy, baby!