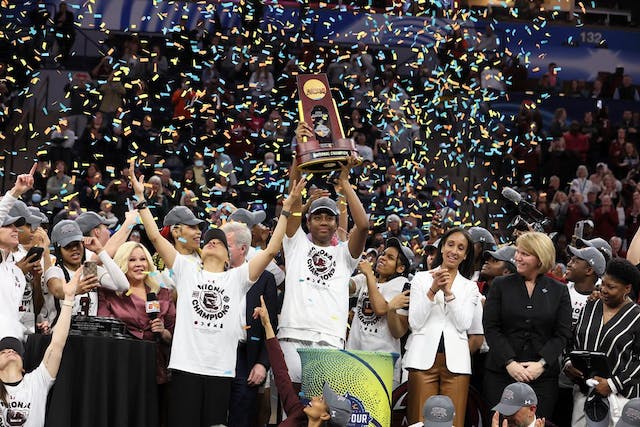 The GIST: As reported by The Athletic on Tuesday, the NCAA is allegedly poised to restructure its broadcast deals for its two most successful women’s sports properties — March Madness and the Women’s College World Series — as millions continue to tune in. Grab those remotes.

The details: A source told the publication that the NCAA could take one of two paths when selling women’s basketball and softball rights — either selling them each individually or coupling them with their men’s equivalent. Regardless of packaging, broadcast rights are expected to sell for significantly more than the current 2011 bundled deal.

The context: ESPN’s 14-year, $500 million agreement to air both events — as well as 22 other college championships — expires in 2024. The bundle — as identified in a 2021 gender equity report — is a failure of the NCAA because it grossly undervalues both properties.

Zooming out: If the NCAA unbundles its previous deal, it will follow the industry trend of untangling women’s sports inventory — FIFA, for example, separated its women’s and men’s commercial strategies in December.