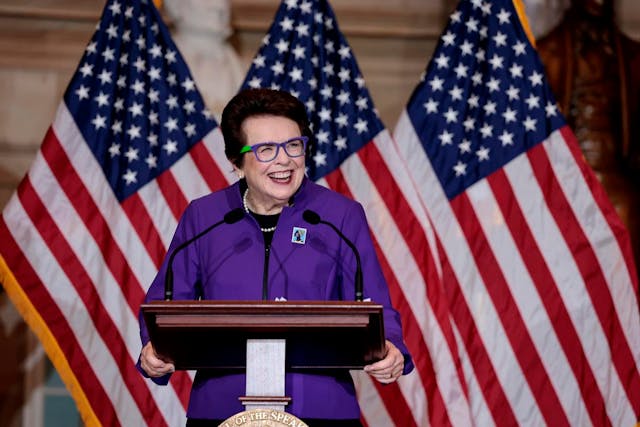 The GIST: One of sports’ most iconic trailblazers is ushering in the next generation. Billie Jean King Enterprises has joined forces with Elysian Park Ventures, R/GA Ventures and MLB’s LA Dodgers to launch Trailblazer Venture Studio, an initiative to fund the growth of women’s sports.

The details: The studio will provide funding to startups, ranging from $200K to $2 million per company. The six to eight businesses selected will then take part in a 12-week program which offers opportunities to collaborate with fellow entrepreneurs and sector-specific companies. Applications are due May 20th.

The companies: The collaboration reunites the Dodgers and Elysian, the private investment arm of the baseball club, with R/GA. The three previously launched the LA Dodgers Accelerator in 2015 and the Global Sports Venture Studio in 2018. King’s no newcomer, either — she’s a minority owner of the Dodgers and part of the Elysian team.

Zooming out: Trailblazer Venture Studio is a sizable commitment to women’s sports, particularly for Elysian, as most of the funds will be coming from the private investment firm. It’s a conscious choice from Elysian and the Dodgers to establish themselves as major players in the women’s sports boom.