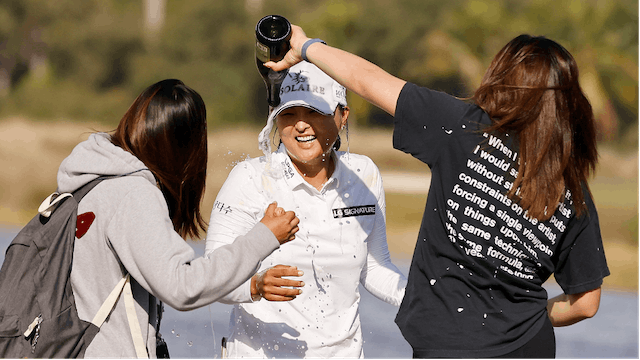 ⛳️Golf: What’s a girl gotta do to get paid? Oh, just win the CME Group Tour Championship, the LPGA’s final tournament of the year. World No. 1 Jin Young Ko claimed victory yesterday, and with it, a $1.1 million paycheck.

🏀Basketball: If you missed WNBA superstar Liz Cambage as much as we did last season, we’re here to assure you that she’s doing just fine in the land down under. After Cambage opted out of the 2020 WNBA season with medical exemption, she stayed in her native Australia and later played in the Women’s National Basketball League (WNBL).

🏒Hockey: Okay, we can finally confirm this. The NHL and NHL Players’ Association have agreed to a 56-game season, set to begin on January 13th, and announced the temporary realignment that includes a true North division of all seven Canadian teams (amazing). Let the games begin!