The GIST: The PHF (formerly NWHL) is on a power play. The women’s hockey league announced a strategic development partnership with marketing agency Octagon on Tuesday, and the parties have a wide range of plans. 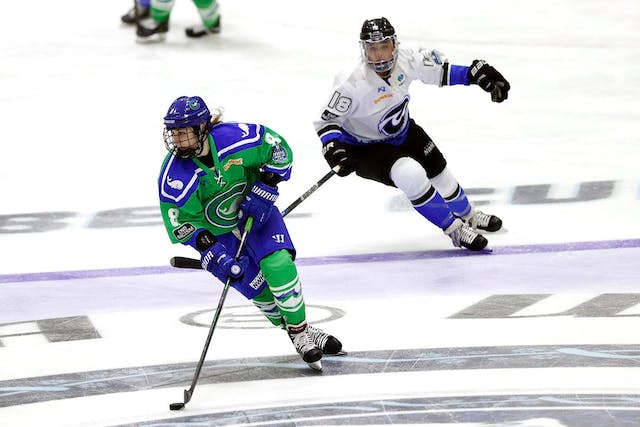 The GIST: The PHF (formerly NWHL) is on a power play. The women’s hockey league announced a strategic development partnership with marketing agency Octagon on Tuesday, and the parties have a wide range of plans.

The details: In addition to boosting the PHF’s profile, Octagon will aid in the league’s search for a new commissioner, as current commish Tyler Tumminia is stepping down at the end of March after just seven months on the job.

The context: This isn’t Octagon’s first venture into women’s sports. The agency became a consulting partner of the NWSL in 2019, focusing on media rights and marketing strategy. The league scored a broadcast deal with CBS a mere five months later. Impressive.

Zooming out: The PHF has made serious gains recently — the league inked a broadcast deal with ESPN in 2021 and announced a $25 million investment in January. The partnership with Octagon is more than a logical next step — it’s a vote of confidence knowing stiff competition is on the way.