The case for Serena Williams

Why Serena Williams is the GOAT 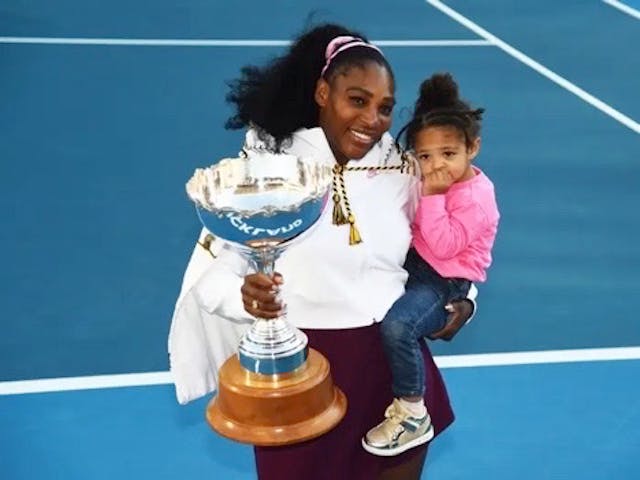 After Tom Brady won his seventh Super Bowl a couple of weeks ago, an age-old debate was revived: who is the greatest athlete of all time (GOAT)? Brady’s name, alongside Michael Jordan, Michael Phelps, Simone Biles, Wayne Gretzky and Muhammad Ali, was dropped often.

What GOATs are made of

The GIST: A GOAT is an athlete who remains consistently successful and competitive over a prolonged career, in a sport that requires mental and physical toughness, agility, stamina, hard work and dedication. One who rises above adversity to showcase their talents on the world stage and emerges as the best amongst their peers.

Started from the bottom

The youngest of five sisters, Serena Williams was born in 1981 and spent her early childhood in the city of Compton, California. Looking to set Serena and her older sister Venus on a safe and lucrative path, their father, Richard, took up tennis so he could teach his daughters the game, starting when Serena was just three years old.

Serena notched her first professional win in 1999 at the Open Gaz de France, and her first major win came later that year at the U.S. Open. Over the past 22 years, she’s won 73 pro tournaments, and with her 2020 Auckland Open win, she became the first tennis player in the Open Era to record wins in four different decades.

And she's not just a singles star. Alongside Venus, Serena has racked up 14 Grand Slam doubles titles, and three Olympic gold medals in doubles tennis (the Williams sisters each have a singles gold, too).

It hasn’t all been sunshine and rainbows for Serena, though. And, to us, it’s how she’s dealt with adversity that truly sets her apart.

On top of all that, Serena has long been subjected to bullying, racism and sexism. Notably, following racist attacks in 2001, the Williams sisters boycotted the Indian Wells tournament for 14 years (Serena eventually returned in 2015 as part of a partnership with the Equal Justice Initiative).

Serena has not had an easy road, but as she herself once said, “I really think a champion is defined not by their wins but by how they can recover when they fall.”

9: How many weeks pregnant Serena was with daughter Alexis Olympia Ohanian Jr. when she won (!!!) the 2017 Australian Open — her last Grand Slam win to date.

35: How old she was when she last held the No. 1 world ranking, making her the oldest woman to do so.

319: The number of weeks she’s spent at number one over the course of her 26-year career (that’s nearly six years in total).

362: The number of Grand Slam matches she’s won, a record she shares with Roger Federer.

Her off-court accomplishments probably don’t add to her “greatest athlete” title, but we can’t not mention them. On top of her tennis prowess, she’s an accomplished business woman, activist, philanthropist, writer, entertainer, wife and mom.

Serena’s long and illustrious career may soon be coming to an end. Since returning from her 13-month maternity leave (which she revolutionized, BTW) in 2018, Serena has continued to play extremely well, but has yet to claim her elusive 24th Grand Slam.