The GIST: The LPGA crowned its first major champ of the year: Patty Tavatanakit took the plunge into Poppie’s Pond yesterday as the 2021 ANA Inspiration champion. 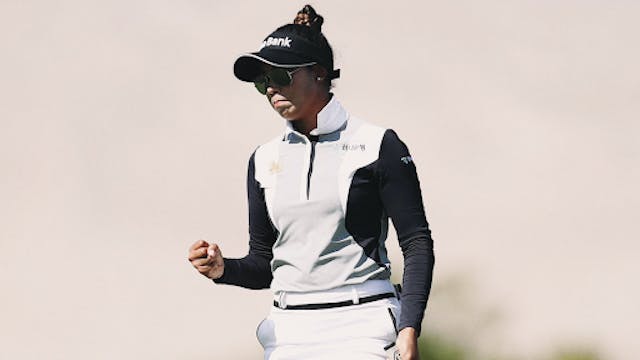 The champ: The 21-year-old rookie led the tournament from day one. With her 18-under final score, she was just one stroke off the all-time record for the lowest score on this course, and managed to hold off former world No. 1 Lydia Ko’s last-round push.

The future stars: While the pros were playing in California, some pretty amazing amateurs made their mark in Georgia ahead of this week’s Masters PGA tournament. Japan's Tsubasa Kajitani won the Augusta National Women's Amateur on Saturday in a playoff.

And in the Drive, Chip & Putt Championship, two Canadian kids proved they’re stars in the making, too. Alexis Card won the 7-9 age group and Anna Wu — who made a fan of Phil Mickelson — came in second. Love to see it.