HELLO! We’ve spent the past few days prepping for the WNBA and NWSL regular season starts, but today’s special edition pop-up newsletter is all about the beginning of the end: the NHL postseason is upon us. 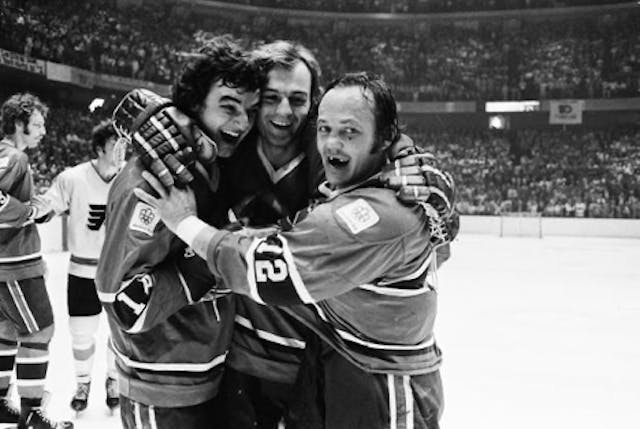 "You do not play hockey for good seasons. You play to win the Stanley Cup. It has to be the objective."

—Former NHLer Guy (pronounced Gee) Lafleur, who knows a thing or two about winning the Stanley Cup, considering he did it five times as a Montreal Canadien in the 1970s.

This NHL postseason has been long and eagerly awaited. Due to the temporary division realignments made for the 2021 regular season, this postseason — known officially as the Stanley Cup Playoffs — is starting a month later than normal and is set up a little differently than other years.

The top four teams from each division, based on regular season standings, are moving on to the postseason, with the top team set to play the fourth-seeded team, and the No. 2 and No. 3 teams meeting in the first round.

Things will get extra-interesting by the time the third round, aka the semifinals, rolls around. That’s because the four remaining teams won’t have played each other at all throughout the regular season. But before we get too ahead of ourselves, let’s take a look at how the first round (and usually the most exciting one, TBH) is shaping up.

No. 1 Pittsburgh Penguins vs. No. 4 New York Islanders: We’re not entirely sure how the Pens made it to the top of the East. Sure, they’re great, and yes, they still have Sidney Crosby and Evgeni Malkin leading the charge, but their season was just “alright” by Stanley Cup-winning standards of seasons past.

No. 2 Washington Capitals vs. No. 3 Boston Bruins: The Caps and Bruins kick off the postseason today at 7:15 p.m. ET, and based on their regular season head-to-head record (a 4-4 split), this series should go the full seven games.

No. 1 Carolina Hurricanes vs. No. 4 Nashville Predators: The last time the Hurricanes won their division, way back in 2006, they also won the Stanley Cup. Fifteen years later, they have everything in place to do it again, including Rod Brind’Amour: the Coach of the Year candidate who captained that 2006 team to the Cup. Coincidence?

No. 2 Florida Panthers vs. No. 3 Tampa Bay Lightning: The Panthers are one of five teams in the postseason who are playing for their first-ever Stanley Cup...but they’re facing off against the reigning champs, and their cross-state rival, the Lightning.

No. 1 Colorado Avalanche vs. No. 4 St. Louis Blues: How many renditions of “Gloria” do we think it will take to help the Blues beat the Avalanche? The limit does not exist. Seeing as the Avalanche won the President’s Trophy (awarded to the team with the most regular season points) this week, the Blues don’t stand much of a chance.

No. 2 Vegas Golden Knights vs. No. 3 Minnesota Wild: What happens in Vegas...continues to amaze the rest of the hockey world. An expansion team just four years old, the Knights have never missed the playoffs, and improve every single season. If anyone can challenge the Avalanche, it’s this division rival.

No. 1 Toronto Maple Leafs vs. No. 4 Montreal Canadiens: We’ve waited 42 years for this highly anticipated postseason match-up, and we’ll have to wait another few days. Since the North Division still has some regular season games left to play, the North playoff series won’t start until Thursday.

No. 2 Edmonton Oilers vs. No. 3 Winnipeg Jets: We’ve saved the best for last. Not the best team (hello Colorado!), but hands-down the best player in the league, Oilers superstar and Art Ross Trophy winner Connor McDavid.

After tonight’s sole match between the Caps and Bruins, the East Division continues tomorrow at noon ET with the Pens and Isles. The Central and West Divisions will kick off tomorrow, too, and the North on Thursday. Check out the full schedule here.