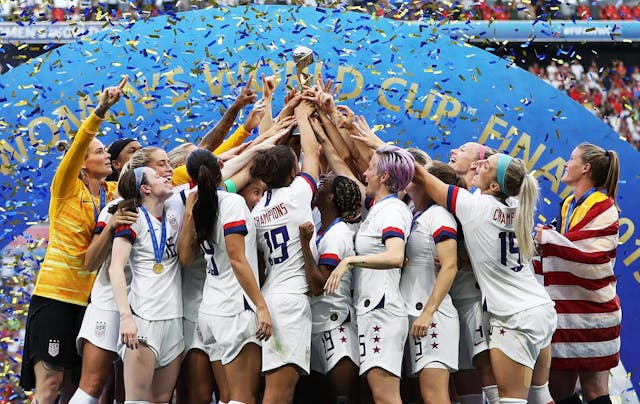 The GIST: FIFA introduced another sponsor for next year’s Women’s World Cup on Sunday — blockchain network Algorand. The move marks the governing body’s deepening involvement in blockchain and, on the flip side, the digital space’s increasing support of women’s sports.

The details: In addition to being an official sponsor of next summer’s women’s tourney, Algorand will also be the official blockchain platform of FIFA and a regional supporter of this year’s men’s World Cup for North America and Europe.

Zooming out: Blockchain-based brands have wasted little time embedding themselves in the sports world — take LA’s Crypto.com Arena for instance. And while platforms were slow to enter the women’s sports space, they’re now catching up in a major way. That’s one way to close the cryptocurrency gender gap.