The GIST: With top players out of the lineup and new postponements each day, it’s fair to say the NHL’s Canadian teams are getting decked by COVID-19. 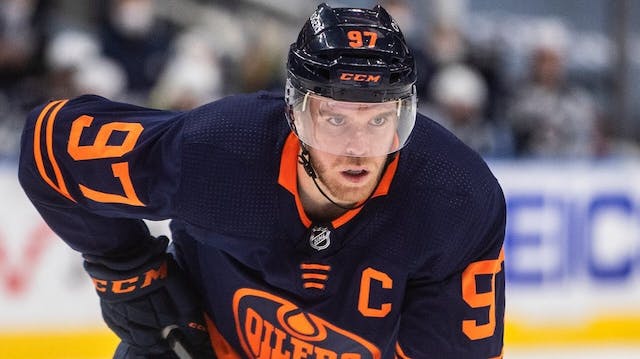 The GIST: With top players out of the lineup and new postponements each day, it’s fair to say the NHL’s Canadian teams are getting decked by COVID-19.

Questionable positivity: It’s a reluctant “new year new me” for the Edmonton Oilers and potentially Toronto Maple Leafs, as stars Connor McDavid and Auston Matthews are in a positive test limbo.

Eastern Conference: While the Leafs contend for a top spot in the Atlantic Division, the Ottawa Senators and Montreal Canadiens are at the opposite end of the spectrum. Both on three-game losing streaks, the teams sit second-to-last and last, respectively, in the Eastern Conference.

Western Conference: It’s not-so-smooth skating in the West, either. Calgary (Pacific) and Winnipeg (Central) are both sitting in the middle of their divisions, while in the Pacific Division, Vancouver remains near the bottom and a middling Edmonton team is slipping after a four-game losing streak with a diminishing lineup. Oof.