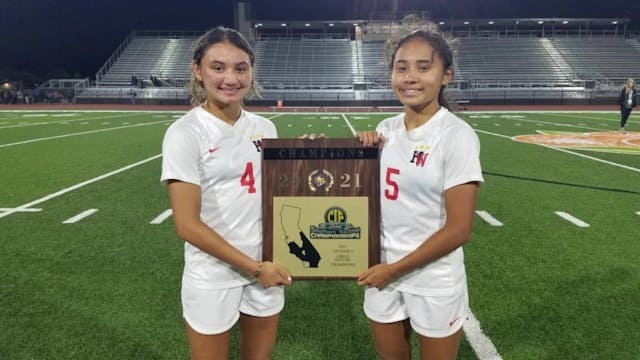 The GIST: Nike is making new strides in the name, image and likeness (NIL) world. The sportswear giant signed its first high school athletes to NIL deals on Monday, adding soccer-playing sisters Alyssa and Gisele Thompson to its sponsorship roster. They grow up so fast.

The players: Both Alyssa, a junior, and Gisele, a sophomore, have committed to Stanford, and are youth USWNT players. Alyssa was on March’s U-20 CONCACAF championship-winning team, and Gisele also won CONCACAF gold with the U-17 team earlier this month.

The details: Nike inked a multiyear agreement with the California-based players, though exact figures were not disclosed. The sisters visited the company’s Oregon campus several weeks ago to shoot a video to start their representation.

Zooming out: High school sports are a natural next step for the NIL sphere, and it may be particularly relevant for soccer — some argue that college programs slow player development, and top prospects are increasingly turning pro early. Washington Spirit star Trinity Rodman notably skipped college altogether to launch her NWSL career in 2021.