The NWSL’s second annual Challenge Cup kicked off on Friday, ringing in opening weekend with some noteworthy team debuts. 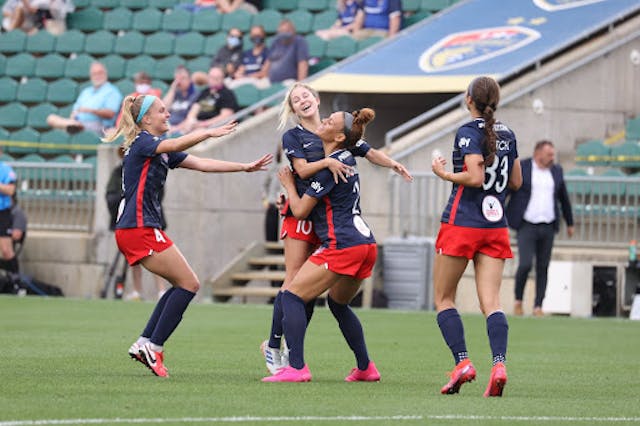 NWSL (on the field): The NWSL’s second annual Challenge Cup kicked off on Friday, ringing in opening weekend with some noteworthy team debuts. Kansas City put up a fight (almost literally) with the Portland Thorns before falling 2–1 in their first game under new ownership. On Saturday, expansion team Racing Louisville FC battled for a 2–2 draw with the Orlando Pride.

NWSL (off the field): Unfortunately, there was some seriously troubling news off the pitch. Chicago Red Stars defender Sarah Gorden shared that she and her boyfriend were racially profiled after Friday’s season opener in Houston. In response, the Houston Dash missed the point entirely, blaming COVID-19 protocols for the incident.

USWNT: Hats off to Carli Lloyd who notched her 300th career cap with the USWNT on Saturday. Apart from Lloyd’s milestone and Megan Rapinoe’s (pronounced ra-PEE-no) scoring a penalty kick (does she ever miss?), it was a lackluster day for the typically dominant USWNT who saw their 16-game win streak snapped with a 1–1 draw with Sweden.