The GIST: The Aussie Open wrapped up with not one, but two history-making moments over the weekend. Oi oi oi, we’re feeling the joy. 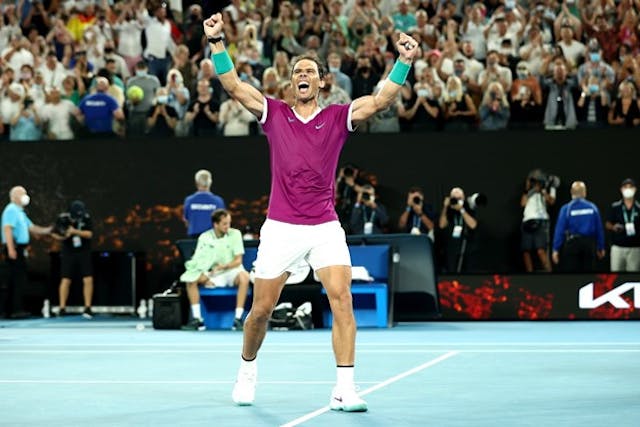 The GIST: The Aussie Open wrapped up with not one, but two history-making moments over the weekend. Oi oi oi, we’re feeling the joy.

Women’s: World No. 1 Ash Barty made some history of her own Saturday when she became the first Australian woman to win the singles title at her home Slam since 1978. The straight sets final victory over now–world No. 10 American Danielle Collins capped off a dominant tourney for Barty, who didn’t lose a single set at the Open.

What’s next: Although there are a handful of tournaments in between, all eyes are on the next Grand Slam, the French Open (aka Roland Garros), in May. “The King of Clay” Nadal has a good chance to extend his Slams record, especially if Djokovic’s vaccination status keeps him off the court again.