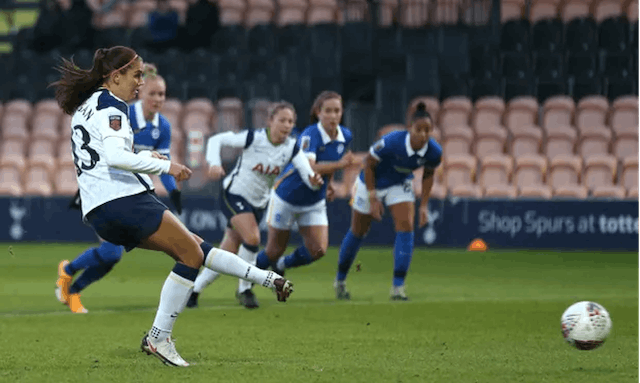 ⚽️Soccer: U.S. women’s national team striker Alex Morgan is back in superstar form. Morgan scored her first FA WSL goal yesterday on a penalty, helping her Tottenham Hotspur notch their first win of the season 3–1. That’s what you call #momgoals.

🏒Hockey: The NBA will have to fill our winter-sports void for a little bit longer, because the NHL is still dragging their skates. The original New Year’s Day start to the season has been pushed to a more realistic January 15th, with the league now aiming for a 52 or 56-game season instead of the regular 82. Just get it in writing and start the Zambonis already!

📖Sports Illustrated: As we near the end of 2020 (finally!), Sports Illustrated has shaken up their annual “Sportsperson of the Year” by naming five athletes instead of just one. This year’s edition, called “The Activist Athlete,” announced tennis star Naomi Osaka, basketball players Breanna Stewart and LeBron James (for a record third time) and the NFL’s Laurent Duvernay-Tardif and Patrick Mahomes as recipients.