Teams have until 3 p.m. ET to make trades or be stuck with their current rosters. 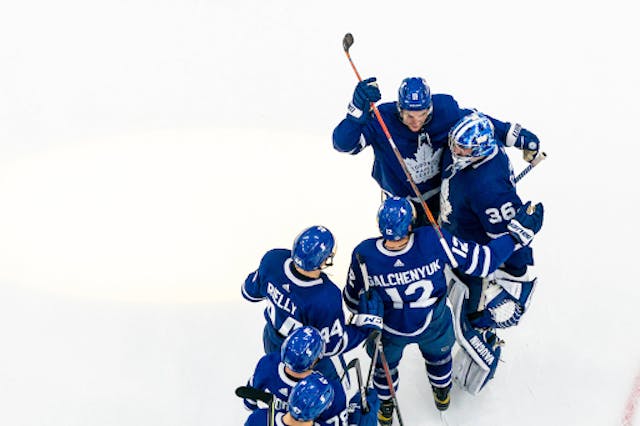 NHL: It’s trade deadline day, which means teams have until 3 p.m. ET to make trades or be stuck with their current rosters until season’s end. The Toronto Maple Leafs were busy over the weekend, namely trading draft picks for Columbus Blue Jacket captain Nick Foligno, among other moves.

Vancouver Canucks: The Canucks are still trying to get back on the ice. After 25 positive COVID-19 cases amongst players and staff, the team was supposed to return to practice yesterday, but had it pushed to today (at the earliest) as they deal with yet another case. They’re expected to play their first game in three weeks on Friday. Tough luck.

Jack Campbell: The Leafs’ goalie made NHL history over the weekend as the first goalie to win 11 straight games to start the season. Considering Campbell started the season backing up Frederik Andersen, this story is something special.

and feelings are mixed.