Will they or won't they

Similar to Kawhi’s famous Game 7 buzzer beater, the NBA season restart is still up in the air. While the league pushes forward with their Disney World bubble plan, Kyrie Irving & Co. are asking their fellow players to sit out. 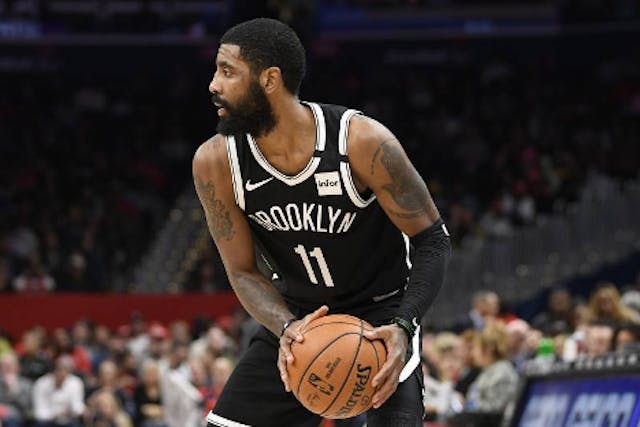 The GIST: Similar to Kawhi’s famous Game 7 buzzer beater, the NBA season restart is still up in the air. While the league pushes forward with their Disney World bubble plan, Kyrie Irving & Co. are asking their fellow players to sit out.

What’s the plan?: On Tuesday, the NBA sent a 100-page document to its players, outlining what life will be like while living and playing in “the bubble.” Players will be tested for COVID-19 regularly, must wear masks indoors and will have the option to wear “proximity alarms” when off the court, which will go off when a player spends more than five seconds within six feet of someone else wearing one. TBH, we could use those too.

And what’s Kyrie up to?: Even though the restart doesn’t directly affect Kyrie Irving, as he’s out with a shoulder injury, it hasn’t stopped him from making his voice heard. Along with LA Laker Avery Bradley, Irving’s co-leading a coalition of players calling for real change before the season restarts.

So will players sit out?: Some might. But it seems like the majority will play. Most players are all for what the coalition is proposing, but a lot are also saying, why can’t we do both?