The MLS may need to reconsider their super inventive return-to-play tournament name, aptly called the “MLS Is Back Tournament.” Maybe something like “MLS is kind of back, but maybe not for long, and not everyone is here...Tournament”? 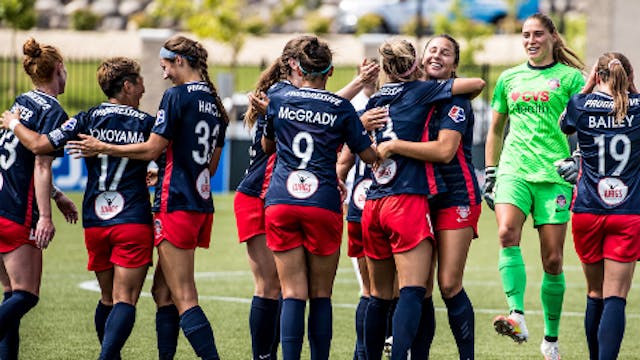 The GIST: The MLS may need to reconsider their super inventive return-to-play tournament name, aptly called the “MLS Is Back Tournament.” Maybe something like “MLS is kind of back, but maybe not for long, and not everyone is here...Tournament”?

What’s going on?: As predicted, Nashville SC (SC stands for Soccer Club) became the second team (the first was FC Dallas — FC stands for Football Club) to pull out of the tournament after several players and team staff tested positive for COVID-19, leaving 24 of the league’s 26 teams participating.

Is the tournament continuing?: So far, yes. But we’re not totally sure how. Despite comprehensive testing before teams traveled to “the bubble” at Disney World in Orlando (where they’re staying close to the NBA, BTW), the league has reported several positive tests since the teams arrived.

Why’s that?: The MLS has three times as many teams as the NWSL (who has nine teams in the league, and eight teams playing in the Challenge Cup), so it’s understandable that the MLS is facing three times as many issues. Both leagues have also experienced a schedule shuffle thanks to teams dropping out.