Baseball is back, baby! It’s Opening Day in the MLB, and even though the Toronto Blue Jays don’t have anywhere to play, we’re still pumped that baseball’s finally back. 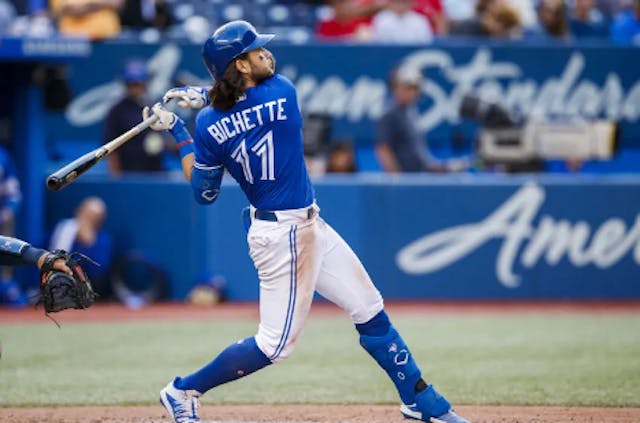 The GIST: Baseball is back, baby! It’s Opening Day in the MLB, and even though the Toronto Blue Jays don’t have anywhere to play, we’re still pumped that baseball’s finally back.

Wait, what?: While every other team will be playing their home games at their home stadium, the Jays still don’t have a place to play. After their request to play at the Rogers Centre in Toronto was denied by the federal government, the Pittsburgh Pirates, who are part of the National League (NL), kindly offered to share their home stadium, PNC Park, with their American League (AL) rivals. But the Pennsylvania Department of Health said, “How about no.”

So, where does that leave the Jays?: Now the Jays will have to explore one of their three other contingency plans. If they can’t find a major league home, they’ll likely have to play at their minor league affiliate stadium in Buffalo, NY, or at their Spring Training park in Dunedin, FL. The Jays’ first “home” game is July 29th, so they better make it snappy.

Okay, now tell me about the season: You got it, but first, some basics. There are 30 teams in the MLB, and the league is divided into the National League (NL) and the American League (AL), which are further divided into three divisions: Central, East and West.

Speaking of COVID-19, what’s the travel plan?: Of the 60 games, 40 will be against divisional opponents (each division has five teams) and the other 20 will be against opponents from the other league’s geographic counterpart (AL East vs. NL East, etc.), to cut down on travel.

Who should I watch out for?: There are two heavy favorites to win the World Series: the Yankees and their cross-country rivals, the Los Angeles Dodgers.

Tell me straight: do the Jays have a chance?: Honestly, not really. But with a young roster, who really knows? New pitcher Hyun-jin Ryu, who the Jays picked up in the offseason, was the earned run average (ERA) leader last season and should be exactly who the Jays need on the mound.