The GIST: Now that you’ve (maybe) finished celebrating our women’s Olympic gold, it’s time to catch up with your Canadian NHL teams. While some have been climbing the ranks, others haven’t been bringing their “eh” game. 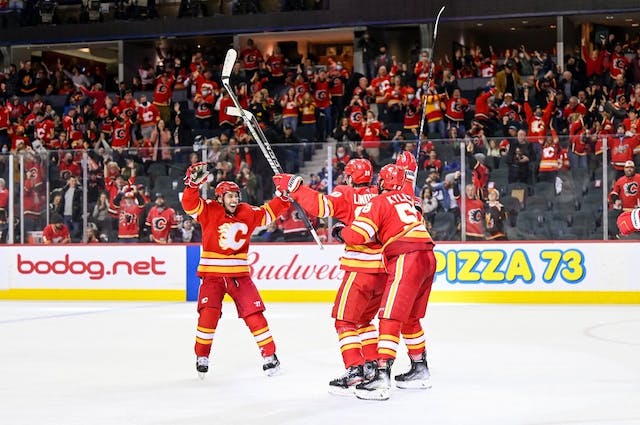 The GIST: Now that you’ve (maybe) finished celebrating our women’s Olympic gold, it’s time to catch up with your Canadian NHL teams. While some have been climbing the ranks, others haven’t been bringing their “eh” game.

Eastern Conference: At a first glance, not much has changed here — the Toronto Maple Leafs continue their fight for the top spot of the Atlantic Division, while the Ottawa Senators are hovering at the bottom of it. With Ottawa’s troubling times continuing, Sens fans unfortunately may have to keep dreaming of a playoff berth.

Western Conference: There’s a surprising new best in the West. The Calgary Flames have been on, ahem, fire as of late, surging to first place in the Pacific Division. Also on the rise in the ever-struggling Pacific are the Vancouver Canucks. Oh how the turntables.

Playoff picture: Though the Leafs and Flames are currently the only teams with the postseason seemingly on lock, that could change with March 21st’s trade deadline. Stay tuned.