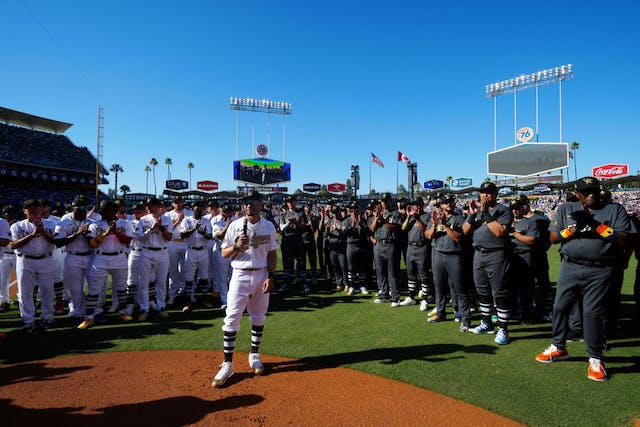 The GIST: After (current) Washington Nationals star Juan Soto won Monday’s Home Run Derby and the American League (AL) defeated the National League (NL) 3–2 in last night’s All-Star Game, the real fun is just beginning. The second half of the MLB season gets underway tomorrow, featuring more teams than ever in the playoff mix. Batter up.

American League: The NY Yankees have been living up to their Bronx Bombers nickname, blasting a league-leading 157 home runs en route to baseball’s best record and likely an AL East title. But the race is close in the league’s most competitive division, despite the Toronto Blue Jays and Boston Red Sox sputtering into the break.

National League: For the first time in a long time, the NY Mets are giving New York baseball fans double to cheer about, riding their hot start to the No. 1 spot in the NL East. That said, the defending champ Atlanta Braves have slowly closed the gap thanks to their stellar pitching. Defense does win titles, after all.