The GIST: The French Open is over, and no one is more excited about it than this kid. 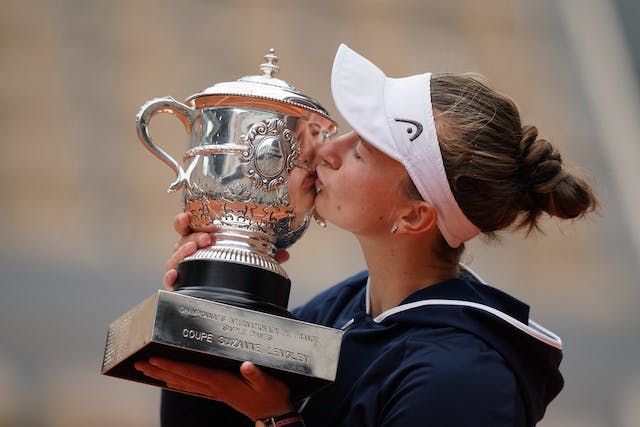 Women’s draw: Another year, another new women’s singles champ. Barbora Krejčíková (pronounced krey-CHEE-koh-va), who had one singles title to her name before this tournament, beat Anastasia Pavlyuchenkova (pronounced pav-loo-CHEN-koh-va) on Saturday for her first ever major.

Up next: Wimbledon, mate. The next Grand Slam begins on June 28th, with Djokovic trying to tie Roger Federer (who is also playing) and Rafael Nadal (who is a maybe) at 20 Grand Slam titles, whileSerena Williams is gunning for a record-breaking 24th major. Mark your calendar.