The NBA gave us two weeks of seeding games that literally no one asked for, but now that the snoozefest is over, it’s time for the good part: playoffs! 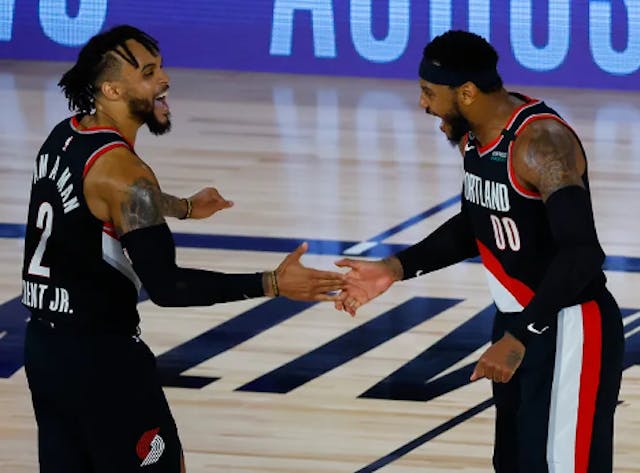 The GIST: The NBA gave us two weeks of seeding games that literally no one asked for, but now that the snoozefest is over, it’s time for the good part: playoffs!

Finally!: You said it. But first, the much-anticipated Western Conference play-in “tournament” (air quotes because it was actually just one game) had to happen. The No. 9 Memphis Grizzlies had to win against the No. 8 Portland Trail Blazers in Saturday’s game to force a deciding Game 2 on Sunday...but they lost, so the Trail Blazers locked up the last available playoff spot.

And how do the playoffs work?: Sixteen teams will take part — eight in each conference — and teams are seeded based on their regular season record plus their seeding round record.

Who’s going to win?: In these unpredictable times, it’s anyone’s game, but if the LeBron James–led LA Lakers don’t at least put up a good fight, we’ll be shooketh. The best team from the West is expected to win it all, and we’re guessing they’ll meet up with the league-best Milwaukee Bucks in the final.