Just touched down in London town

Whether you prefer high tea or TDs (or both!), we’re spoiling you with FA Women’s Super League and NFL Week 10 highlights. 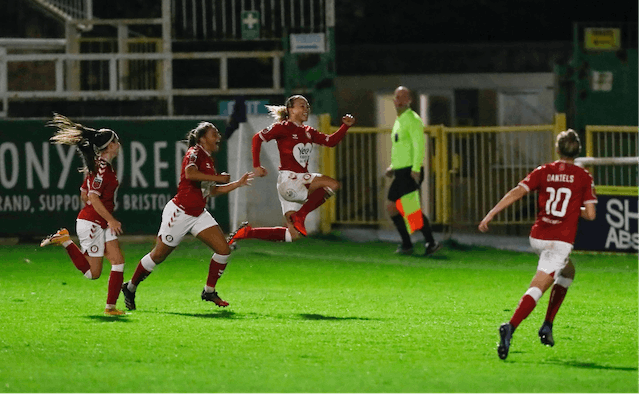 The GIST: Whether you prefer high tea or TDs (or both!), we’re spoiling you with FA Women’s Super League and NFL Week 10 highlights.

Bend it like Tobin: Manchester United midfielder (and newly drafted member of the NWSL’s Racing Louisville FC) Tobin Heath defied physics with this rocket of a goal in the Manchester derby, which finished in a 2–2 draw.

Livin’ on a prayer: Arizona Cardinals quarterback (QB) Kyler Murray threw a jaw-dropping Hail Mary TD pass to wide receiver DeAndre Hopkins, who made the catch through not one, not two, but three (!!!) defenders. The miraculous catch sealed the Cardinals’ 32–30 victory over the Buffalo Bills.