For Raptors, Canucks Today is Gonna Be The Day

The Toronto Raptors are the only Canadian team left in the NBA playoffs and the same goes for the Vancouver Canucks as they will try to force a Game 7 against the Las Vegas Golden Knights. 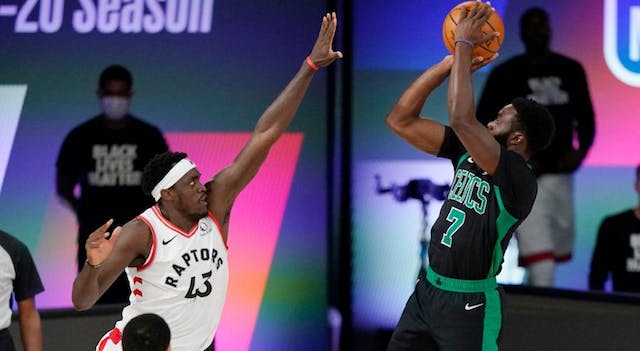 The GIST: Summer may be winding down, but the heat is on for two Canadian teams and seven Canadian tennis players. And it’s all going down today.

Which teams?: The Toronto Raptors and the Vancouver Canucks are the only Canadian teams remaining in their respective leagues’ playoffs. Both teams are playing for their lives...and the hopes and dreams of all Canadians. No pressure.

And the Canucks?: Their game tonight is a legit must-win. They’re down 3-2 in their best-of-seven series against the Vegas Golden Knights, and TBH, we’re surprised these spunky Canucks are still skating.

What about tennis?: All seven Canadians remain in the U.S. Open. Unfortunately, two of them will be trying to take each other out. Milos Raonic (pronounced MIL-OSH RAU-NITCH) and Vasek Pospisil will face each other today in round two, and given that Milos has been on fire lately, we think he has the upper hand.