The PWHPA, but make it all-Canadian

HEY, YOU! Today’s the day: the Professional Women’s Hockey Players Association (PWHPA) Dream Gap Tour has arrived in Canada! For the next week, the best hockey players in the country will face off in the final leg of the tour, and we have all the details to get you ready for the biggest thing in hockey right now (Stanley Cup playoffs schmayoffs). 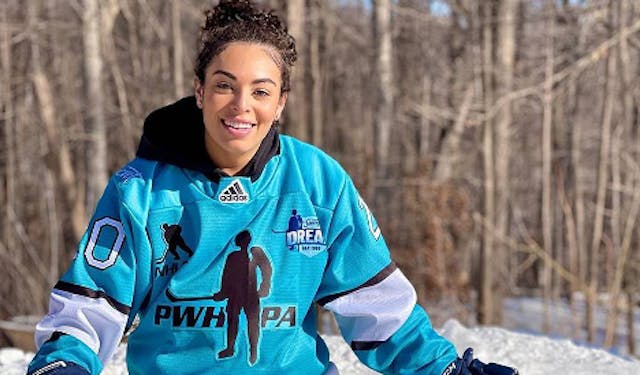 —PWHPA and Team Canada star Sarah Nurse, on what the organization strives for.

A quick recap on how the PWHPA works and what it stands for: the association, made up of 125 of the best Canadian, American and European players, was established in 2019 as an answer to the ongoing underrepresentation and underfunding of women’s hockey in North America.

To promote the cause, the PWHPA created the Dream Gap Tour, a series of mini-tournaments showcasing combinations of superstars who we usually only get to watch play in the Olympics or World Championships.

The Canadian section of the Dream Gap Tour is the last leg of the PWHPA’s second “season,” after stops in New York City, Chicago and St. Louis. There were supposed to be two Canadian stops, but without a Toronto stop due to COVID-19, there’s just one Canadian leg to rule them all: Calgary.

Three teams will compete to win the first-ever all-Canadian Secret Cup. Each team will play four games — two against each opponent — in the round robin stage, and the two teams with the most points by the end of it will face off in Sunday’s championship game .

Team Sonnet: The Toronto-based team are the favourites to win it all, thanks to a roster stacked with Team Canada's Natalie Spooner, Brianne Jenner, Sarah Nurse, Renata Fast, and the 2018 Olympic All-Star (yup, that’s a thing) Laura Fortino.

Team Scotiabank: The Calgary-based team has a not-so-secret weapon to lead them to the final: goaltender Kristen Campbell. The first goalie to ever make it through the NCAA Frozen Fourtournament without giving up a goal, Campbell was recently invited to Team Canada training camp for the 2022 Olympics. Now’s the chance to see this future superstar in action.

Team Bauer: In a regular year, the Montreal hub would have the strongest roster, but they’ll play for the Secret Cup without one of hockey’s all-time best, Mélodie Daoust, who’s sidelined with an injury. Lucky for them, they still have Team Canada captain Marie-Philip Poulin leading the charge. Helpful to have two GOATs on one team.

Pucks drops today at 5 p.m. ET, with games being played every day leading up to Sunday’s final. The first four games will air on Sportsnet Now and the last two round robin matches, plus the championship game, will be broadcast on Sportsnet. It’s the best game you can name.