MLB Playoffs: Battle in the Bay

The GIST: Forget spooky season, nothing gives us goosebumps quite like win-or-go-home October baseball. 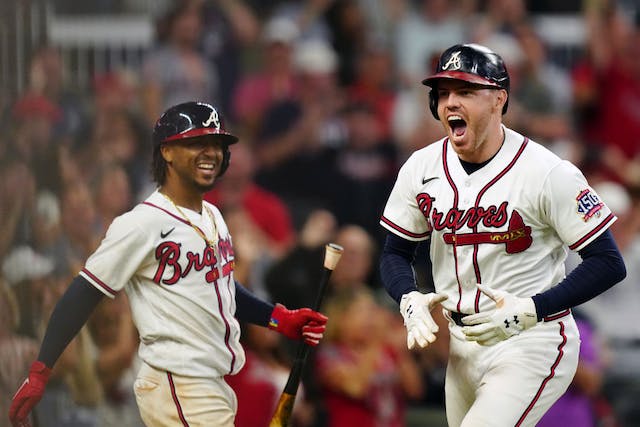 American League (AL): The AL Championship Series (CS) is set. The Boston Red Sox eliminated the defending AL champion Tampa Bay Rays on Monday behind not one, but two walk-off wins. Now walk it out.

National League (NL): One team has advanced to the NLCS, but it’ll come down to a winner-take-all Game 5 to decide the final spot. Thanks to a clutch solo home run from 2020 NL MVP Freddie Freeman, the Atlanta Braves eliminated the Milwaukee Brewers with yesterday’s 5–4 win. While we’re eliminating things, let’s get rid of the chop next, ’kay?