Despite the World Health Organization (WHO) reporting that yesterday saw the biggest single-day increase in global COVID-19 cases (seriously, this thing isn’t over), sports leagues are still making significant progress in their back to work plans. 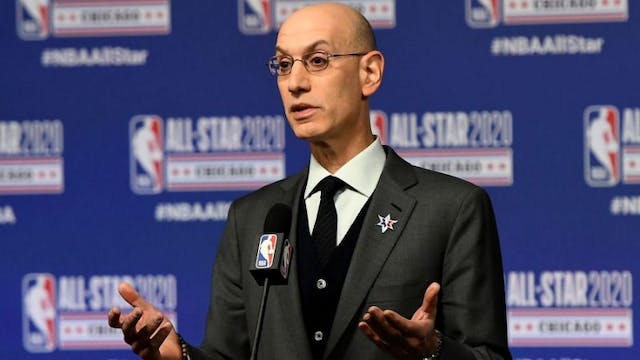 The GIST: Despite the World Health Organization (WHO) reporting that yesterday saw the biggest single-day increase in global COVID-19 cases (seriously, this thing isn’t over), sports leagues are still making significant progress in their back to work plans.

Tell me more: The NBA is reportedly close to allowing teams to ask players who were riding out the pandemic away from their team’s city to move back. The “recall,” which is expected on June 1st, would likely take up to three weeks as players will need to travel and then complete a 14-day quarantine before beginning training.

Sweet! What else?: The NHL continues to prove they are diehard Seinfeld fans as they work on their bubble plan. League commissioner Gary Bettman said they’re currently assessing proposals from up to nine cities — each chosen location would act as a hub for about 12 teams to either play out the regular season or participate in a playoff tournament.

Nice! Keep going!: NCAA student-athletes will be allowed to start training again soon, too. Yesterday, the NCAA Division I Council voted to allow football and basketball players to resume training on June 1st. While many colleges are going completely online for the summer and some for the fall semesters, we're v. interested to see what being the only kids on campus will mean for these student-athletes.

Interesting. Anyone else?: Negotiations over the potential 2020 season continue between the MLB and the players union. The league is expected to submit an official proposal by Friday, which will suggest an 82-game regionalized schedule, an expanded 14-team postseason starting in October and a 50/50 revenue split between players and team owners.