A Whole Latte Cover Ahead of the NWSL's Fall Series 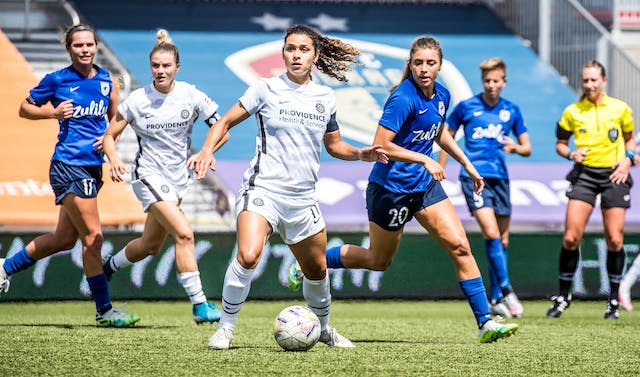 The GIST: You know what goes great with pumpkin spice lattes? The NWSL’s new Fall Series. And lucky for us all, it starts on Saturday.

What’s the set-up?: Quick refresher: the league’s nine teams will be playing in regionalized “pods” of three (to cut down on travel). Each team will play two home and two away games (against their other pod buddy teams) over the next seven weeks.

Sweet. Are all the big names playing?: Not all. Arguably the biggest name in American soccer, OL Reign star and captain Megan Rapinoe, is sitting this one out, just as she did for the Challenge Cup in July. She hasn’t given a reason, but we’ve seen her floating around the WNBA wubble lately supporting her partner Sue Bird. Couple goals.