The GIST: So much soccer, so little time! With the NWSL Challenge Cup officially underway, it’s time for the men to lace up their cleats and return to the pitch with the 26th MLS season starting tomorrow. 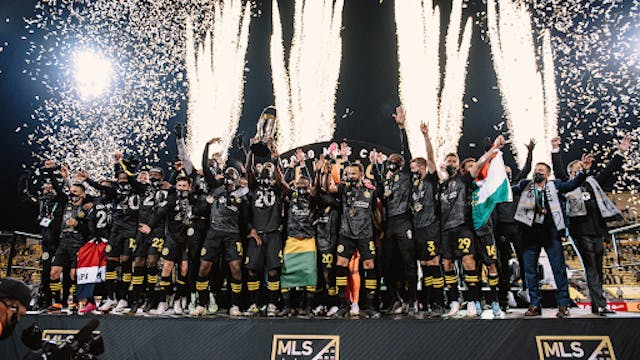 The season: With the addition of expansion team Austin FC, a record 27 teams will participate this season. Beginning a month or so later than normal, the regular season will run until November 7th, and the postseason into December.

Who to watch: The defending MLS Cup champs, Columbus Crew SC, are one of the favorites to repeat, while last year’s Supporters’ Shield (awarded to best regular season team) winners Philadelphia Union are dealing with a revamped roster and younger (read: inexperienced) talent.

Who to cheer for: DC United. They don’t have the strongest roster, but they did hire Lucy Rushton as general manager, and we’re totally here for only the second female GM in MLS history.