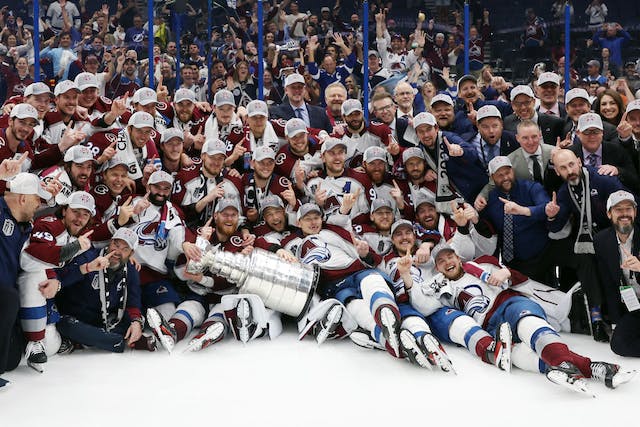 The GIST: Move aside, Champa Bay. The Colorado Avalanche are officially Stanley Cup champions after beating the two-time defending champ Tampa Bay Lightning 2–1 last night to win the series in six games and bring the Cup back to the Mile High City for the first time in 21 years. All the big things.

As it happened: Lightning captain Steven Stamkos lit up the scoreboard first, but the Avs came back with a vengeance to have the final say. Led by Conn Smythe trophy winner Cale Makar, Colorado piled the pressure on Lightning tendy Andrei Vasilevskiy in the second period, with superstar Nathan MacKinnon and Artturi Lehkonen scoring a goal each to finally usurp Tampa.

What’s next: For Colorado? A sweet Stanley Cup parade. For Tampa Bay? Potentially the end of the dynasty as we know it. For the league? Hitting the links and preparing for the NHL Draft on July 7th. Offseason here we come.