NHL playoffs: First round is a go 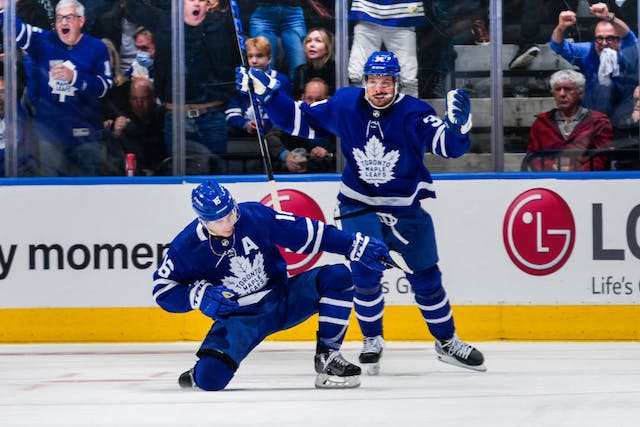 The GIST: Spring is here, and with it comes new playoff beginnings. From the sprouting Toronto Maple Leafs to the sputtering Edmonton Oilers, the on-ice stories are anything but cold.

On the docket: Over in the East, the Toronto Maple Leafs are coming off a strong Game 1 barn burner 5–0 win over the defending champion Tampa Bay Lightning. But they’ll need to level up their newfound postseason grit to beat Tampa ’tendy Andrei Vasilevskiy, who has unreal bounce-back-ability. Catch the buds in action tonight at 7:30 p.m. ET.