Do the two step, then cowboy boogie 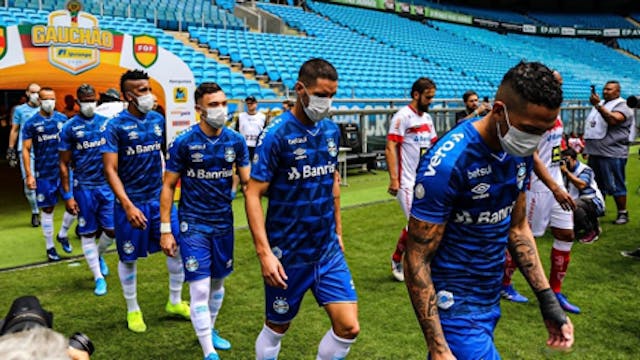 The GIST: We’re making progress, people! Well...sort of. While the COVID-19 pandemic is still raging, sports leagues around the world are slowly restarting. But, unfortunately, it seems to be a bit of a “two steps forward, one step back” situation.

How so?: Take the Ultimate Fighting Championship (UFC), for example. After a nearly two month hiatus, the mixed martial arts league hosted their first fight night on Saturday in a spectator-less arena in Florida, and the event went off almost without a hitch.

That’s not great: It’s really not. Meanwhile, over in Europe, Germany’s pro soccer league Bundesliga is set to restart on Saturday (yay!), but Dynamo Dresden, a team in the second-tier league, is now in isolation after two players tested positive for COVID-19 (not yay). Still, the Bundesliga CEO was adamant that they will proceed with the restart, even without an entire team.

Yeah, seems like it. Are any other leagues restarting?: The MLB is talking with team owners today to discuss a potential July start featuring a modified 80-game season with a regionalized schedule (and, TBH, we’re totally okay with it — we’ve always found the 162-game regular season too long).