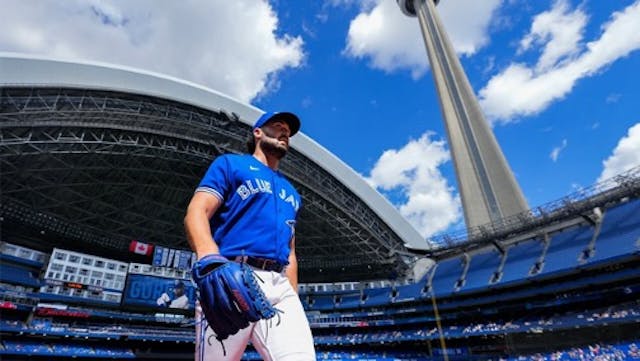 ⚾️MLB: LA Angel Shohei Ohtani might have bested Toronto Blue Jay Vladimir Guerrero Jr. to win the American League (AL) MVP, but the Jays still notched a win with Robbie Ray winning the AL Cy Young Award (given to the best pitcher in each league).

🏒NHL: Don’t look now but the Toronto Maple Leafs are back to their winning ways, rattling off five straight after last night’s 2–1 win over the NY Rangers. You already know the 6ix needs a sixth, and they’ll have a shot tomorrow at 7 p.m. ET against the (soon-to-be sold?) Pittsburgh Penguins.

🎓🏀College basketball: We’re a little more than a week into the NCAA college basketball season, and a couple of Canadians are making us proud south of the border. No. 2 UConn’s Aaliyah Edwards contributed nine points in just 17 minutes during the Huskies’ season-opening win. And she’ll be back in action tomorrow at 12 p.m. ET against Minnesota.