NBA Playoffs: On to the next one 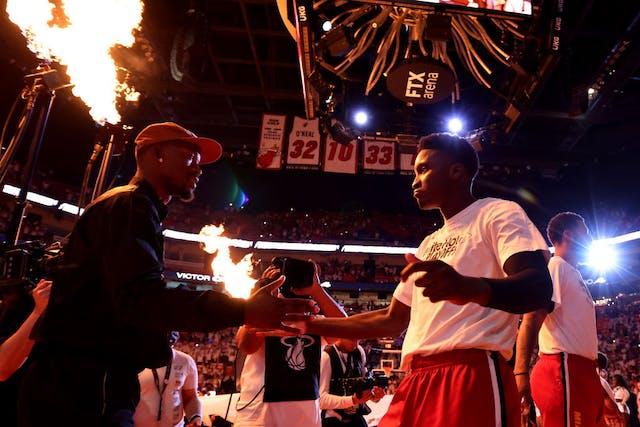 The GIST: And just like that, the NBA’s first conference semifinal spots have been booked. Here’s who’s in, who’s out and which teams could be next.

Who’s out: With Monday’s 116–112 Game 4 loss to the Eastern Conference’s No. 2 Boston Celtics, the No. 7 Brooklyn Nets were stunningly eliminated from the postseason. The first sweep of Kevin Durant’s career leaves Brooklyn with some major questions this offseason. Some super team, huh?

Who’s on the brink: Two series could end tonight. The defending champion No. 3 Milwaukee Bucks (leading 3-1) look poised to tame the No. 6 Chicago Bulls at 7:30 p.m. ET.

Elsewhere: The No. 2 Memphis Grizzlies and No. 1 Phoenix Suns (both up 3-2) are one win away from the conference semis after defeating the No. 7 Minnesota Timberwolves and No. 8 New Orleans Pelicans, respectively, last night.