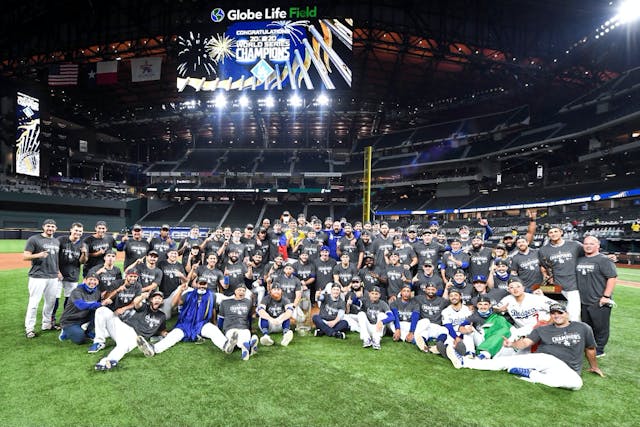 The GIST: The LA Dodgers are your undisputed 2020 World Series champions...but what would 2020 be without a lot of drama?

Spill!: The Dodgers led the series 3-2 heading into Tuesday’s Game 6 against the Tampa Bay Rays. By the top of the eighth inning, the Dodgers were up 2–1 but down a player, as third baseman Justin Turner was pulled from the game after his Monday COVID-19 test came back positive...a little too late.

No way!: Yes way, and the MLB is not too pleased. Turner refused to leave the field when MLB officials asked him to during the postgame celebrations and at moments he even took off his mask, so the league has started a full investigation into the matter. We understand that Turner wanted to celebrate his first career World Series win with his team, but c’mon man, it’s a pandemic!

Yikes. Back to the good news?: Let’s do it. This World Series win was a long time coming for the Dodgers — their first since 1988 — so allow us to nerd out over some fun facts, will you?