The GIST: And then there were four. The women’s and men’s Aussie Open semifinals are set, with some can’t-miss matchups on deck. 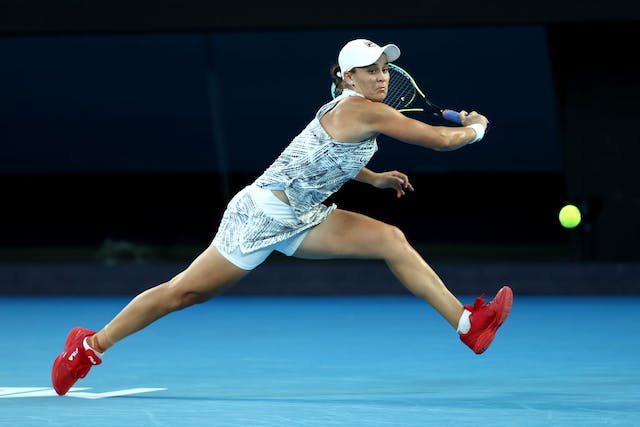 The GIST: And then there were four. The women’s and men’s Aussie Open semifinals are set, with some can’t-miss matchups on deck.

Women’s: World No. 1 and Australia’s own Ash Barty rolled through the quarter-finals with a straight-sets win over No. 21 Jessica Pegula, and has yet to drop a single set this tourney. She’ll face unranked American Madison Keys, who’s returning to the Aussie Open semis for the first time since 2015. Don’t call it a comeback.

Men’s: “Corruption” aside, No. 6 Rafael Nadal is now two wins away from a record-setting 21st Grand Slam title. But first, he’ll have to get through No. 7 Matteo Berrettini, the only Italian man to ever advance to the Aussie Open semifinals. Salute!

Off-court: After fans were asked to remove their “Where is Peng Shuai?” (pronounced PUNG sh-WHY) shirts over the weekend, Tennis Australia reversed their decision on Monday.