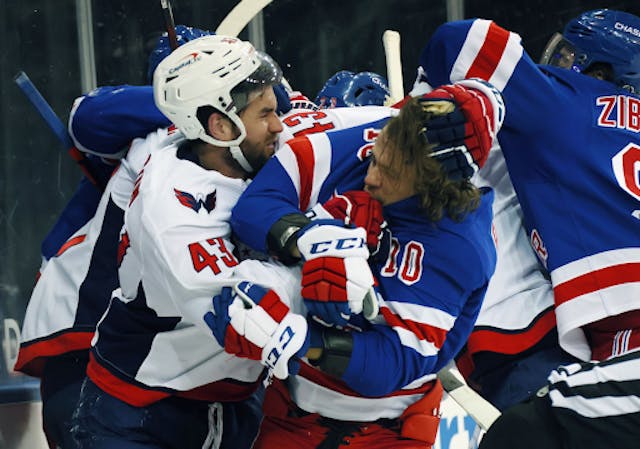 The incident: It started during Monday night’s Rangers vs. Washington Capitals game. Caps strongman Tom Wilson — who has a history of rough play and subsequent disciplinary action — acted severely outside traditional hockey violence boundaries and went after Rangers’ star Artemiy Panarin, injuring him.

The backlash: The Rangers shared a strongly worded statement on Tuesday, calling for harsher punishment and for the NHL to fire Parros. The statement was well-received by everyone...except the NYR owners, who (plot twist) fired Davidson and Gorton yesterday.

The postseason: Speaking of, there’s still no postseason start date. Due to the Vancouver Canucks’ previous COVID-19 outbreak and ensuring four-week hiatus, the regular season won’t end until May 19th, way past the original May 11th playoff start.

The happy news: Let’s end on a high. Team Canada made it to the IIHF U18 Men’s World Championships final after a stunning 8–1 defeat over Sweden yesterday. Canada will now face Russia in today’s final. Watch it on TSN3 at 9 p.m. ET.