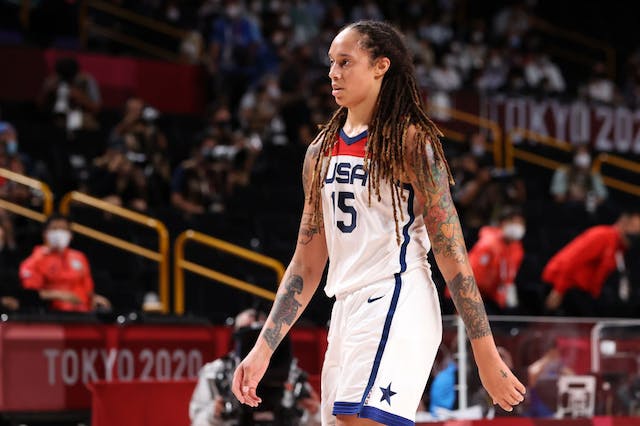 The GIST: Brittney Griner’s wrongful detainment in Russia saw a major twist yesterday when the Phoenix Mercury star pled guilty to charges of carrying hashish oil. But the guilty plea isn’t what sensationalist headlines make it seem, and it could be the key to Griner’s release.

The context: Griner’s ongoing trial is likely part of Russia’s efforts to make her detainment seem credible — a tactic that could be an attempt to gain leverage in ongoing negotiations with the U.S. for her release.

What’s next: Despite the guilty plea, it could still be a long road ahead. The trial — based on Griner’s legal statement — is expected to end around the beginning of August. Meanwhile, U.S. Secretary of State Antony Blinken said yesterday that U.S. Embassy officials delivered Griner a return letter from President Biden.