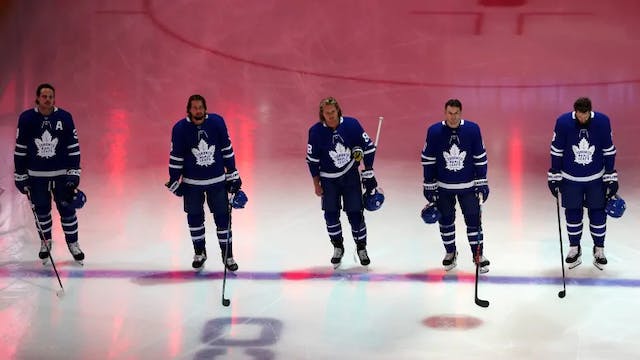 Tell me more: The qualifying round of the playoffs has given us everything we’d hoped for and more: exciting matchups, jaw-dropping goals, jaw-breaking hits and something to do from noon to midnight every day. And while it’s been only six days, the Canadian teams have looked refreshingly strong in their first few games.

The big story: Unfortunately, we’ve also seen a fair share of injuries. Toronto’s Jake Muzzin was taken off the ice on a stretcher after an awkward collision during Tuesday’s game. Muzzin was taken to the hospital with an unnamed injury, and though he’s since been discharged, he’ll remain in quarantine for at least the remainder of the series.

What’s next?: Three Canadian games tonight. The Canucks treat us to an early game at 2:30 p.m. ET, the Maple Leafs face off at 8 p.m. ET and then the all-Canadian matchup, in which the Flames could take the series over the Jets, kicks off at 10:30 p.m. ET.

Any other hockey news?: Hockey Canada’s board of governors is made up of 10 white dudes (real shocker), but not for much longer. When board elections take place in November, the governing body will now mandate that at least two of those spots be filled by women. Damn right.