The WNBA season is set to tip off on July 24th. And unfortunately, instead of talking about the upcoming season, it’s what’s happening off the court that’s in the spotlight...and not for the best reasons. 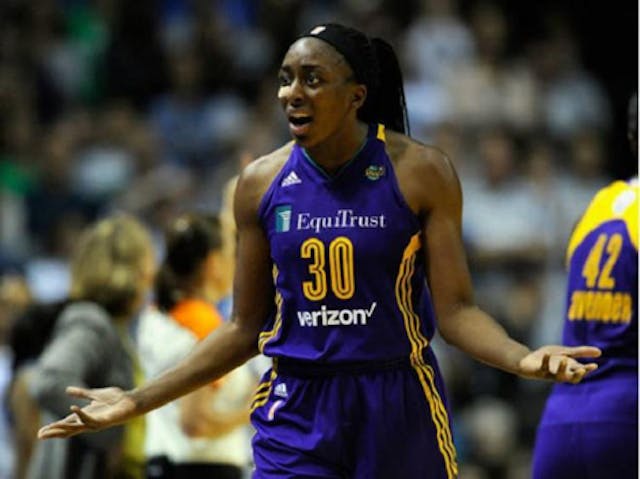 The GIST: The WNBA season is set to tip off on July 24th. And unfortunately, instead of talking about the upcoming season, it’s what’s happening off the court that’s in the spotlight...and not for the best reasons.

What’s going on?: Like many other leagues, the WNBA is going the hub city route, with all teams living, practicing and playing in a bubble environment (affectionately referred to as the #wubble) at the IMG Academy in Bradenton, Florida.

Seriously. What else?: In addition to the Fyre Festival situation going on in Florida, the league is also dealing with Kelly Loeffler. Loeffler is a part owner of the Atlanta Dream and a U.S. Senator from Georgia. And earlier this week, she sent a letter to WNBA Commissioner Cathy Engelbert, asking her to reconsider supporting Black Lives Matter and to disallow players from wearing messages of protest or support on their jerseys.

Ugh. How did the league respond?: Engelbert, thankfully, is having none of it. On Tuesday, the WNBA released a statement denouncing Loeffler’s involvement in the Dream, saying the league is “based on the principle of equal and fair treatment of all people,” and reinforced their commitment “to use our platforms to vigorously advocate for social justice.”